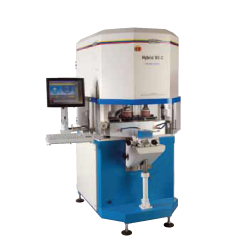 The hybrid replaces five conventional tampon printing machines. Having countless small orders per year has up to now meant producing film originals numerous times. Producing clichés and replacing them, adjusting fits, cleaning and outsourcing and storing them. This has meant not only a lot of effort and expense, but has also placed strain on the personnel, if only due to the unavoidable dirt produced. Today, the work can basically be carried out in a white shirt.

Errors due to insertion of incorrect clichés – a problem not to be underestimated with so many variants – are excluded here. And thanks to barcode readers and direct connection to the SAP system, incorrect information to the machine controls such as number confusion are no longer possible. 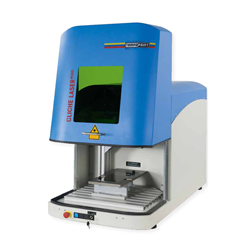 TAMPOPRINT® offers you this cliché production station (bench top unit) at a top price-performance ratio. By updating this model the laser beam source was improved and the import functions were extended.

The production of a laser engraved Aloxid-special cliché with the TAMPOPRINT® CLICHE LASER PLUS is the most economic laser engraved cliché production on the market and clearly superior to the laser plotter systems with regard to precision and speed.

TAMPOPRINT® CLICHE LASER PLUS is extremely easy to operate for the user. 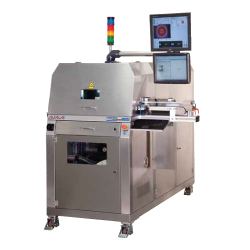 Procedures for high-precision, rapid inner and outer laser marking of all types of closures for the drinks industry. Large, tamper-proof quantities can be produced. With its short and compact construction, the “MOF-Promo HP” can easily be integrated into existing production lines for all types of closure caps. 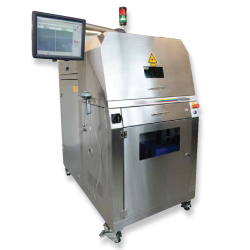 After years of development, TAMPOPRINT® has now achieved the breakthrough: a tampon printing system, consisting of the “Intaglio” cliché laser, the new “Intaglio” laser cliché. Suitable for screen printing and the TAMPOPRINT® tampon printing ink “IPP,” specially developed for it. The quality of this system is unique on the market and is in a position to create screen motifs and photorealistic print images. The precise direct engravings reduce the set-up and non-productive times in tampon printing.

Cliché production with the “Intaglio” cliché laser will convert data into printable screen data by means of the RIP-software. This software will split the artwork during the conversion into single process channels.